Seriously, when your own security system tells on you, you’re doing evil.  Nice work, Google. 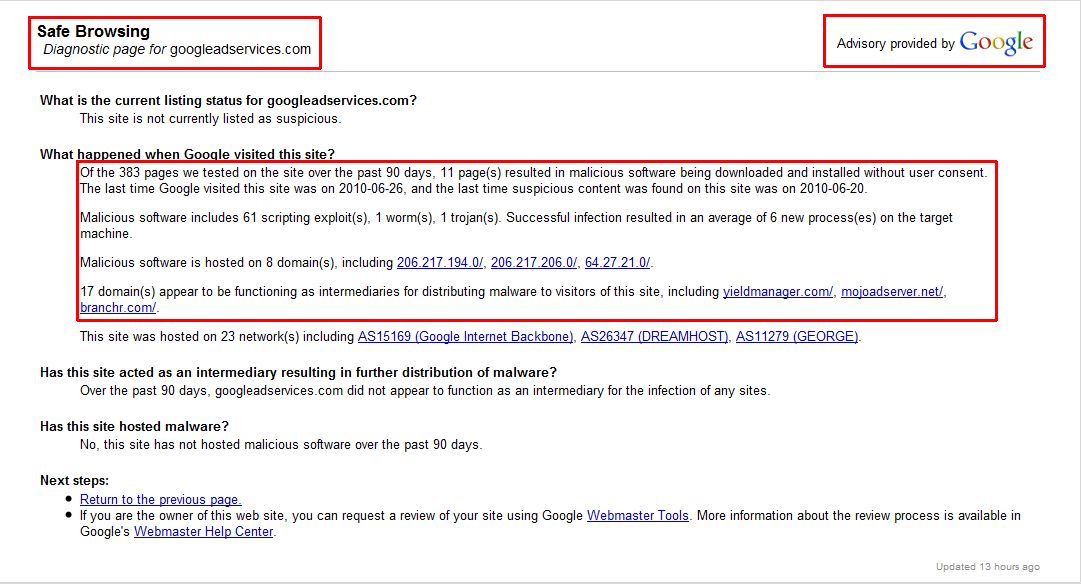 17 domain(s) appear to be functioning as intermediaries for distributing malware to visitors of this site, including yieldmanager.com/, mojoadserver.net/, branchr.com/.”