A brief history of L’ano Itar 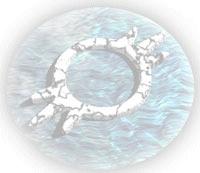 A long time ago, in an RPG far, far away, I roleplayed a character named Roland. Roland was a FateSender, of the focus Lucidity. If you have no idea what I’m talking about (and most will not), feel free to investigate my pages on Underlight and the Order of the Sable Moon.

One of the key elements of Underlight was the individual player’s imagination. Teachers and Game Masters often “assigned tasks” to players which required them to research some element of the game and write a “history” of it. Some players took such writing assignments and expanded on them, in fact creating the history of the game world while playing as a character in that world. In the guise of Roland, a teacher of FateSenders, I wrote such stories.

The story of L’ano Itar was one of a legend that no one had ever heard of. L’ano Itar is the word “Rational” spelled backwards and fancied up a bit. Rational being a synonym for Lucid, it seemed a fitting way to create a somewhat mysterious and yet perfectly sensible name for a legendary FateSender.

Since that time the character name “L’ano Itar” (or Lano Itar/LanoItar) has appeared in a number of games, including Asheron’s Call and Dark Age of Camelot. It is almost certain that if you’ve ever run across that name, the player behind the character was me.

So for the conspiracy theorists who have been trying to link L’ano Itar to either Itar-Tass or some sort of middle-Eastern offshoot: Sorry, nothing silly like that. Although the Asheron’s Call character by that name as indeed a Gharu’ndim (a race of desert dwellers), that was merely a convenient coincidence that made the name fit well with the character. The name is nothing more than an original creation that has grown into my online persona.

So there you have it.